Howdy gamers, if you are looking for the best online games playable with your friends from home, then you are in the right place. Today I am sharing the top 3 must play online games (multiplayer games) for you. Before starting, this post contains a computer as well as mobile games. But don’t worry, I will mention the platform.

Basically, Pubg is a battle royal multiplayer game developed and published by PUBG corporation. If you like FPS games, want to make strategies with your friend squad to kill the enemy team then this game is simply awesome. This game has more than 10.7 million active players. This game is released for PC, PlayStation 4, Xbox One as well as mobile. You won’t believe that the mobile version of pubg is completely free. You just have to download the game on mobile and you are ready to play.

There are four players in a squad to play a game, but you can also duo or solo mode(to uncheck 1/4 auto-matching). There are four maps which are Erangel, Miramar, Sanhok and Vikendi which is in the beta stage.If you invite your friends then you can play with them, but if you not then in lobby three other random person come in your squad, however, you can select their region so that you can talk with them easily.

After 30 seconds in lobby, you and your teammate are taken to that map with an airplane. You can also jump together with your friends. Then you have to open the doors of the houses, get in and loot supplies, guns, pistols, vests, helmets, drinks, etc, etc. Remember that if you have powerful weapons and vests then you can easily kill your enemies. So to defeat your enemy squads, you have to plan with your teammates and make strategies to win the game. If you can win the game you get the title “winner chicken dinner“.

Apex Legends is a game very similar to pubg in combat but quite different in graphics but looks quite good. With some special features not in other battle royal games, this game is one of the most polar and lag free games. I personally played this game a lot with my friends and each time I got superb experience.

There is a total of 8 characters, each has a unique ability. You have to choose one of them and can play the game. This game can be played with three players if can also invite your friend to play with you. The 8 characters are Bangalore, Wraith, Mirage, Caustic, Gibraltar, Lifeline, Pathfinder and Bloodhound.

You and your three partners are dropped into the battleground by a drop sheep. Then you have to enter the houses, look for resources, guns, and other things.

The best thing about this game which I like most is its graphics. You can even revive your teammate after death by collecting his crate in the game.

The most amazing thing about this game is it is completely free.

Here are the system requirements for this game:

This game is not launched for mobile yet, but the publishers assure that they are working in it and is coming soon.

Release date:
This game is released in 4th February 2019 for Microsoft Windows, PlayStation 4 and Xbox One.

Fortnight is one of the most popular ass well as FREE multiplayer Battle Royal games. This game is Developed by epic games and after launch, it gains huge popularity. Even from the last two-three years, it can able to earn about. 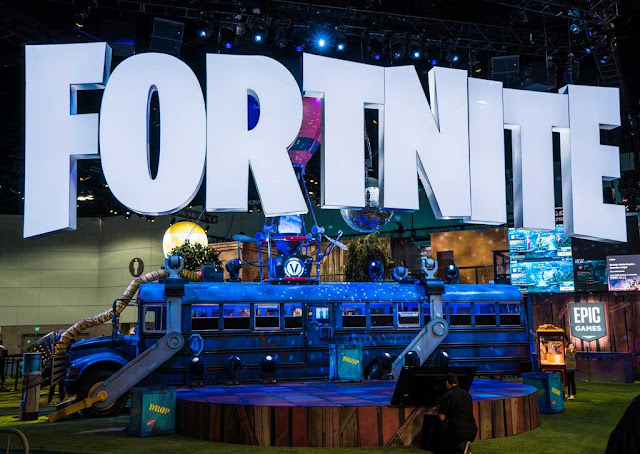 This game has basically two modes i.e. co-operative mode and Battle Royal mode. The co-operative mode is not so much popular than the second one. You can play this game individually as well as in squad mode. There is a 100 alive player in the game, the last one or squad who can survive by killing others is declared as the winner.
This game completely free for console’s and pc as well. So everyone, who has a console and PC can easily download and play the game. According to Epic games, seeing mobile gamers in countries like China, India, promises to bring the mobile version as soon as possible.
System requirements:
Minimum requirements:

Conclusion:
If you like our posts, then please subscribe to this page by pressing the bell icon in the below right corner and please comment if any suggestions.