2018 was one of the golden years in gaming. In this glorious year will mention the most successful superhero game of 2018.

There are too many superhero games released so far and 2018 also but according to me the game with the best graphics, controls and the outstanding storyline is Spider-Man.
Although there are too many games with this name, many people confuse about that, but I am writing about Marvel’s special “Spider-Man” game which was released on 7th September 2018.

This game will undoubtedly the next level for gamers like me where you can swing with web-shooters, jump from buildings, climb upon them, kill your enemies with cool and amazing weapons, etc, etc.

Why Marvel’s Spider-Man is the best superhero game ever:
Spider-Man is an expertly designed, full of weapons, suits, combat moves game that can easily impress you. And the best part is you will never going to bore in any part of the game.

Why this is the best superhero game ever:

Peter Parker the Spiderman is the main character of the game. He is trying to balance his personal life with the superhero one. Peter is the only playable character in the game but he has lots of powers like different kinds of suits, attacks or with each suit, he got some new special abilities and if you complete the tasks you can upgrade or gain new abilities. You can also swing by webs and climb on the beautiful buildings in the game as well as all over the city.

Powers or abilities in the game:

If you find trouble to stay alive in the fight, you can rest till your health bar increases by sticking enemies by your web. After that, you can attack more accurately. You can also pick up suits according to your needs. For example, if you choose the MK3 suit, it can reflect bullets fired on you towards the enemy as well as MK2 gives you bulletproof ability.

If you are surrounded by a large number of enemies and you want to attack upon them faster than them, you have a large number of options. Every suit can do heavy damage if used in the right way.
You can also use the Stark Suit’s Spider which is capable to see your back and enemies and can give heavy bursts damage.
You get kinetic cells, splash heavy damage and in an iron suit, you get amazing cool stuff.

There are 28 suites in the Spider-Man game and some of them are hidden in various places in the game so that it is not easy to collect to all of them. But many suits are already attached along with the main story and they unlock as well as you gain progress in the game. 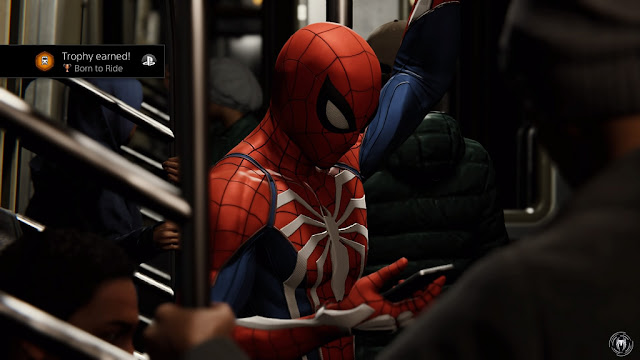 Here is some information on suits:

You can get various types of side missions in the game, some of them are very easy but some are super tough. If you can complete those you get amazing combat styles as well as suits.
Another cool thing is that you can even take portrait photos or selfies in the game.

Amazing facts of this game:

This game is developed by Insomniac Games and published by Sony Interactive Entertainment and released on 7th September 2018.

(This post contains affiliate links, so we may earn some commissions if you buy from these links)

This game is one of the best games released so far for me and I definitely recommend it for you. Once you begin if you cannot control yourself to finished it. So thank you for reading and if any suggestions please comment below.

1 thought on “Marvels spiderman || The best superhero game of 2018”

Buy or rent any game