Devil may cry 5, the upcoming giant:

Devil May Cry is a stylish action game which is successful to sell over 16 million copies all over the world. It is created by the main characters Nero, Dante who are the devil hunters and they open a shop called “Devil May Cry”.

This sequel of the series brings lots of news cool and mind-blowing moves for we gamers.

After a huge popularity of devil may cry 4 Cap com is coming with brand new sequel of devil may cry series. In this game you get two playable characters which are Nero, Dante and a new mysterious guy called V.The gameplay is similar to another devil may cry games. You have to fight against a demon from another world and you get each style points. The series has a beautiful story started from devil may cry (DMC) and it is continued in further editions.DMC games are developed and published by Capcom and they are very popular all over the world.

After Several years from the Sword incident, an accident occurred in the Red Grave city. A big tree attacks people by its roots and drains their blood. Then our familiar character Nero with Nico and he have to recover many things there. In this period some new cool powers come in his awesome arm and thus the story begins. He crashes the demons with his new demonic arm with his uncle Dante.

The young good looking devil killer has a superb devil arm and in DMC 4 it is introduced us as Devil Bringer.

Here are some of his powers in the game:

This is a fully customized as well as a beautiful sword only for Nero. It has a gear system so that you can make your attacks more powerful and gain more stylish ranks. If you unlock the gear slot then it completely covers with flames and it looks amazing.

This sword has too many options, but you have to unlock them in the game with the points you earned.

This is basically a handgun. It has six chambers from where the bullets come out. It looks small but actually, it is very effective if you use it properly.
You can also upgrade this weapon. After upgrade, it also gains a burst power after firing.

It is the superb evil hand of Nero. There are too many new powers added in Devil May Cry 5. This demonic hand can pull, jump, smash and throw enemies.

The main weapons of Dante are Rebellion, Ebony and Ivory and Coyote-A.

It is the main sword of Dante. It has a bundle of powers. This sword doesn’t have the gear option. But without the option, it is heavy enough to destroy enemies.

These are two gun’s Dante use to destroy demons. These two guns also have too many upgrade options.

It is also a gun but different from above. It can change into different shapes and make huge damage.

Some other cool stuff:

It is a cool motorcycle used in the gameplay, but it is not confirmed yet that it comes to only Nero or Dante both.
It has bladed wheels and Nero or Dante can attack from the driver’s seat. It has demonic powers and can attack by spinning and massive swords.

According to the story, Nero got the sword of Sparda and destroy the kidnapper of his girlfriend. It has amazing powers, who came across the blades destroyed. Even at the last scene of DMC 4, the big demon was destroyed by this blade. It has the ability to attack by cross laser.

Devil trigger gives the character boost in energy and gives them special ability as well. Their looks, damage increases. But you have to full the energy bar to use this ability.

You have to perform stylish attacks
to increase your rank. The best rank is SSS. You have to combine combos to get a higher rank. 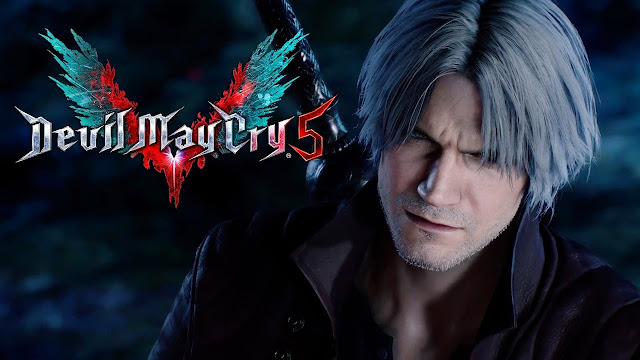 The main collectible you find here is Red orb, by which you can upgrade your moves and weapons. You got red orb by killing demons in a higher stylish rank.
Some other collectibles are
Green orb, blue orb, white orb, purple orb, yellow and gold orb.

This game is developed and published by Capcom. 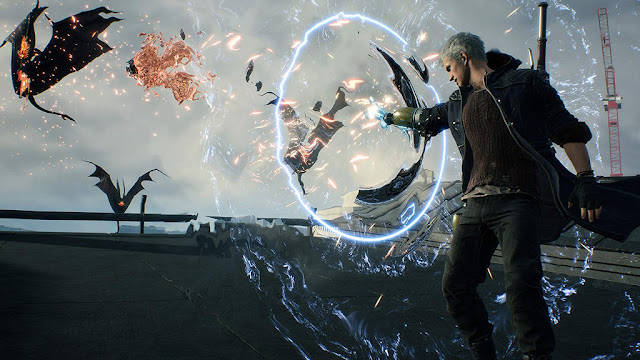 The action-adventure game, hack and slash

This is a must play the game with a good storyline and awesome attacks. So try this game and share this post.